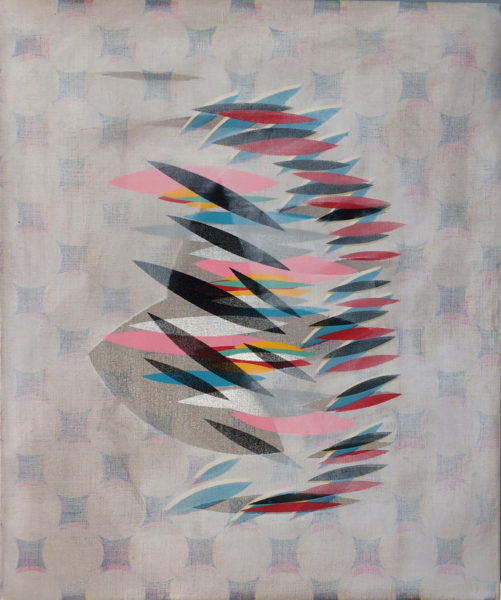 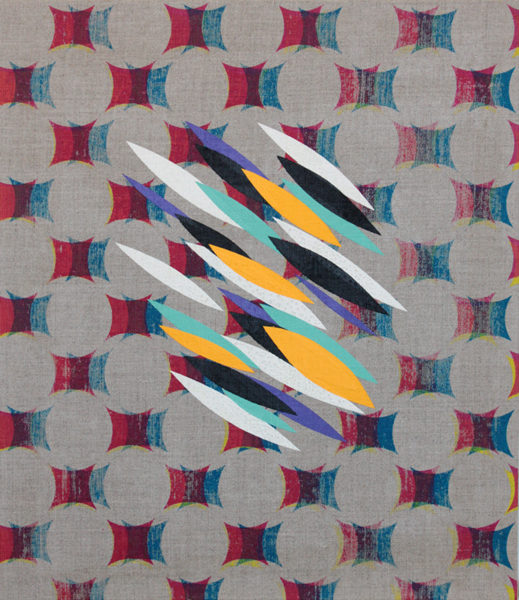 Fragmentation is a developing series of new work based on the idea of pluralism and the complexity of present day society. The work technically, is produced using ongoing experiments with the halftone process, as in this case inverted and offset halftone printed using silkscreen and aerosol on primed linen.